Coasteering can be defined as; ‘exploring the coast at sea level’. This usually involves several, mostly optional elements.

Swimming – The idea of the adventure swimming is to move around in the water to access different places along the coast. These places are often inaccessible by foot giving you a unique perspective on the Pembrokeshire coastline often visiting rocky reefs and caves. However there is no need to be able to swim great distances. The safety equipment provided will help you float. All you pretty much have to do is paddle along.

Climbing – Climbing, again is to access great hidden coves, caves and higher jump ledges below the Pembrokeshire Coast Path, a bit of scrambling is necessary. Generally the climbing will be at a low level so, if you fall…it will be into the sea…no problem!

Waves – One of the best bits about coasteering is the option of playing in ‘wave machines’. These are spots along a route where the sea and waves wash; over, up, down, in and out of a section of rocks creating swirling moving water to play in! In these you’ll have the exhilarating experience of almost being in a washing machine. It’s great fun.

Jumping – Jumping is the most common activity associated with coasteering. On a coasteering adventure you’ll most likely have the opportunity to jump from many different heights. If your enjoying the small ones? Cool. Or if you’re a daredevil wanting to go big! There’s something for everyone.

Coasteering is quite a new outdoor adventure activity. It was first mentioned when climbers would traverse the coast to access remote tidal crags to climb. It emerged in the 90s as a team building adventure activity here in Pembrokeshire with the focus on team building. There are now providers throughout the Uk, from Cornwall all the way North into Scotland. Coasteering is also be found as far afield as New Zealand.

The idea of coasteering, is to explore the coast, have fun doing it and maybe challenge yourself a little. There are chances to try things outside your comfort zone.

Celtic Quest Coasteering are a local activity provider focusing on coasteering for all ages and abilities. Their expertise mean that their clients get the most fun and enjoyment from their time in the sea around Pembrokeshire. Cleo and her team are based at Abereiddi beach which is next to the Blue Lagoon. This being the location for several Red Bull Cliff Diving competitions. Access to Abbereiddi is via the coast road that goes between Fishguard and St.Davids. It is only 12 miles from our site to the Blue Lagoon. 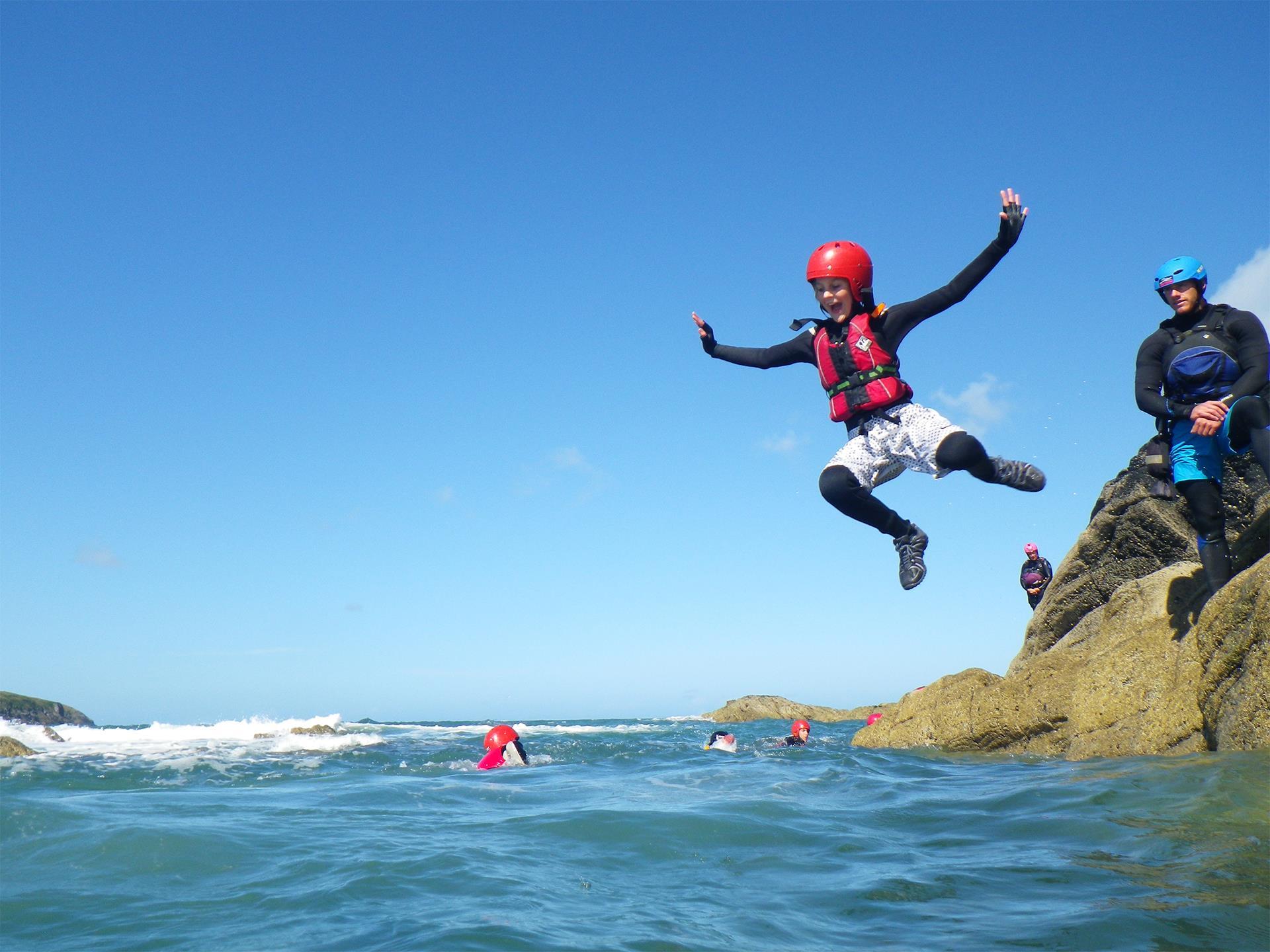 If coasteering doesn’t seem quite your type of fun, why not try kayaking?